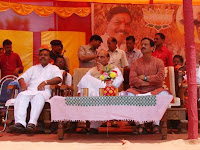 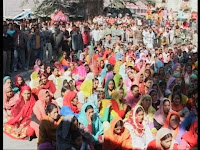 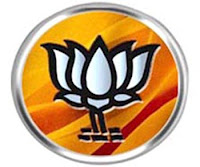 We are the worlds largest democracy, we have all the fundamental rights in our constitution. Still we as a nation in whole dosn’t look like a democratic entity. After independence Gandhiji once suggested that the congress should be divided, so that congress doesn’t remain a single largest party but a system in which different ideologies and thoughts can coexist. But the then top brass of the congress party repudiated Gandhiji’s idea.

Later in the course of time we find many leaders taking there separate ways, going out of congress setting there own party and constructing opposition to the congress. Many leaders like shyama Prasad mukhergee ram manohar lohia and jayprakash narayan disassociated from congress and established there own idea and philosophy.

Past six decades congress party seen a lot of ups and down but successfully kept itself alive. There can be many reasons for this but what actually can be deciphered is that the opposition was not conclusive. In past only after indira Gandhi imposed emergency opposition was seen inclusive, but for a shorter stint. And later in early 90’s nation saw emergence of a new fraction which had totally different prospective, in fact this fire which rocked the whole country in the nineties was a hidden and repressed past which in a new form emerged out of odds. Bhartiya janata party became the first political entity to challenge congress directly and sabotage it. Bjp’s emergence sought congress’s decline. And still it continues to threat congress and its leaders.

The saffron league had an idea, which common man and middle class India linked easily. After the independence people didn’t see that commitment and discipline with which the saffron cadre moved. They had this conclusive ideology, which in the past no other political party could present to the mass. In fact it was a new beginning for the nation as whole, because first time the people who actually opposed congress and its policies got the new forum where they shared there views. So with this way of conclusive nature, bjp has a bright future.
Posted by Unknown at 4:30 AM No comments:

jaswant's expulsion sparked a new debate, people who does't associate themself to the bjp's philosophy are exited. They think now at last bjp is on decline. But is it true? Can jaswant singh affect bjp's strength? i have doubt on that, seriously i don't think jaswant was ever been a leader who could affect any one. just look at his profile he was considered big because he was closly associated with atal and advani and this trait gave him the honor. Also jaswant singh has never had a mass appeal or he was never seen as a mass leader. So if he goes out of bjp actually he is giving chance or creating a space for someone more energetic and dynamic person to take his post.
many member from the media faculty are predicting that now bjp is dieing and its ideology of one people and one india is bygone be so they should ponder and realize they were wrong. Should bjp do this? i don't see any point in it. bjp has evolved against all odds and became second largest party and the main opposition party due to its ideology only. So instead asking bjp to alter, its congress who should ponder upon how to take themselves ahead. Congress ruled on due to Gandhi Nehru dynasty, bjp is striving ahead on there ideology, men can die but thoughts can't die. They’ll remain there forever. So bjp can whither away but its ideology and thinking will remain there.
Posted by Unknown at 9:45 AM No comments:

in a time when country is facing a severe draught and farmers are helpless. government of india, in the leadership of congress party decides to raise minimum support price for paddy and essential dal. will this stop the sucides of the farmers in vidharbha or it will stop the flight of the poor people from the remote village of bundelkhand?. congress won the election in the name of aam admi but the policy it adopt after wining the election was anty common man. government raised the petrolium prices just it got the new delhi seat. it shows how the congress has cheated the aam admi. next what they did when prices of comodity gone up? they started selling dal by themself but kept theire mouth shut on hoarding. posibly what could be the reason. the answer is its congress men who are actually hording the comodity items and affecting the demand and supply chain. so isn't the congress fooling the aam admi? surely it is. we should know what congress is all about. its a party of those sycophants and selfish powerhungers, who at any cost want to be rulers. we all know they reign when british were there and still they are ruling. so a party whose ideaolgy changes with the mood of the masses, it surely not in the intrest of pure nationalist to keep them carry on there hippocracy.
Posted by Unknown at 10:29 AM No comments:

after the debacle in 2009 assembly election bjp has not come out of the shock. the party as whole could't understand its defeat and the reasons for the same. i don't see any reason for expeling jaswant singh from the primary membership of the party. rather the action looked to be very hard. jaswant's book did pointed qustions to the nehru and his congress party, but it did't directly qustioned patel's position. may be bjp needed a scapegoat or may be the top brass wanted to shift the attention on other irrelevant issue, so that no one qustions them about there leadership and put responsiblity of the defeate of 2009 election. the timing is also critical, bjp and its top leaders could have given jaswant singh some time to give clarification, but the haste they showed in ousting jaswant realy raises some serious qustions about them, is realy party stable? this the qustion which will still haunt the party and they will have to answer this.
Posted by Unknown at 10:13 AM No comments:

the reality of partition 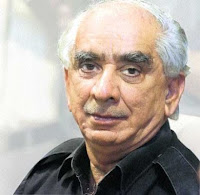 the new book of jaswant singh states that it was nehru and policies of congress which lead to the partition of india. he asserts that jinnah was actually considring fedral sysytem for india which nehru repudiated. jaswant singh has commended jinnah and quoted gandhi ji, where he branded jinnah a real nationalist. according to jaswant singh it was nehru and his congress party which continuosly denied jinnah and his thoughts, which incited jinnah to call for two nations. well whether jaswant's book reveals the truth about partition correctly or not, its debatable, but he certainly brought light on the decades old issue and has made us to think diffrently and look the course of partition through another angle.he also made it clear that british were not only responsible for the partititon of india but nehru and congress were equaly responsible.
Posted by Unknown at 10:12 AM 1 comment:

the time has come when we should look into our self and realize that all misdeeds are due to us. india after sixty two years of independence still finds itself trapped in the clutches of corruption and mismanagement. political parties are disintegrating our society and extending corruption into us, so that whole nation becomes corrupt and no one asks for good. this is a conspiracy of pseudo secularist.who want citizens to still act like sycophants. they just want to reign on us despite the fact that they always did. but in the course of history they showed the world there real faces many times. whether it was jawahar lal nehru, who for his selfish personal wishes divided whole india to become the first prime minister of india. he could have given charge to jinnah in terms of saving india but he did't. that shows how eager he was to reign us. his daughter indira gandhi who imposed emergency and distorted the constitution for hiding her sins. her sons both rajeev and sanjay are known for there big scams. sanjay misused her mothers powers and acted like tyron. rajeev on ther hand was more elitist, he stayed away from politics but was not less corrupt and criminal in personal. his real side was seen when bofors scam erupted. now his wife and children are presently ruling india and they are taking forward there ancestral legacy. when we'll get away from them, the gandhi-nehrus. only we can change this curse. we can stand together for fight against monastical politics. the day when we start electing people on the basis of work and honesty to the motherland only then india can emerge as a union.
Posted by Unknown at 3:55 AM No comments: