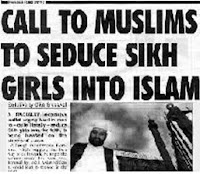 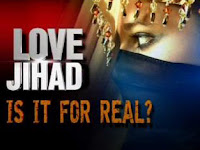 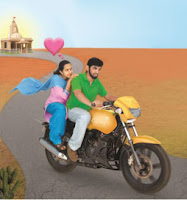 No one is denying its existence nor accepting it thoroughly, but every Indian whether a cosmopolitan high heel socialite or the rural chappal chaps, every one is whispering and murmuring about the dominance of love jihad which is needling fast into the non Islamic society of India, keeping all men and women in jolt, It is and it will take more pace, as no body like to talk loudly about the issue as there are self declared guardians of secularist movement ready to tag them communal and isolating them as some kind of convicts.
India is going through a phase of change, a big change indeed. The villages and small towns are vanishing like if they never existed and the indigenous and unique culture of the particular society is been hijacked by the capitalists strategy to blend all into one being, that is ‘consumer’. The materialistic approach to Indian values and disregarding the Indian thought process is leading to the subconscious inferiority complex of the urban elite, which is reflecting in subordination to the western culture or to say more precisely, the MTV culture, which is wicked and moreover unacceptable to its own generating territory. In this scenario the organized Islamic mullahs are exploiting the vulnerability of young non Muslim Indian girls, as they openly ask there disgraceful youths to trap them, sometimes using false identity.
Many Indian are shocked with this new menace, they find themselves unable to defend their daughters. As there is no proper channel and law in Indian constitution which forbid inter religion marriages or to stop conversions. And on the other hand women and girls cheated by their deceivers find difficulty in registering complaints and on many occasion after loosing there grace and respect, accept the brutality and deceit as their fate.
Kerala is the most severely affected by the love jihad. Official statistics say that about 8 girls are reported missing under suspicious circumstances everyday in Kerala and this is the reason for their growing anxiety and fear.
Based on the statistics of the Crime Record Bureau of Kerala Police, Kochi's National University of Advanced Legal Studies carried out a study in which it was found that the number of girls missing from Kerala was 2167 in 2007 and 2530 in 2008. The police or other investigative agencies have no information regarding nearly 600 out of these girls. The actual number may be much more taking into consideration the fact that these are the statistics of only the cases that have been registered.
Many of the cases are those of couples falling in love, then eloping and marrying, but information about such cases are gathered within 2 or 3 weeks. The question remained as to what happened to the others. The investigation then ultimately led to the now global disaster called Love Jihad
The activities of Love Jihadis became more aggressive in Kerala in 2006. This led to the sudden increase in women and young girls disappearing from Kerala.
Jihadi Romeos promise to marry unsuspecting young girls within 6 months if they convert to Islam and take and dump these girls in the conversion centers. These Romeos then go for their next prey. These girls are subject to various tortures for weeks in these conversion centers. There is information that these girls are shipped to foreign countries after drugging them. They are shipped from the unmanned coasts of Kochi, Kozhikode, etc., to Mangalore, Goa, Chennai, Lakshadweep, from where they are taken abroad. They are taken to the Gulf countries under the false pretense of a job and forced into prostitution once they reach there.
It was found in investigations that many of the Muslim girls found in police raids in the red light areas in Kochi and Kozhikode were actually Hindu-Christian girls who had converted to Islam in places like Mangalore and Bangalore.

The statistics of the Jihadi conversions in Kerala since 2006 are shocking. The number of those converted in this way was 2876. Cases were registered in only 705 of such incidents. Kasargod tops the list of Jihadi conversions with a figure of 568. Only 123 incidents have been registered with the police.
Many Muslim Bollywood stars are also putting oil in the fire by establish this sinful act as popular culture by marrying non Muslim girls or actresses and converting them into Islam. However they project it as an act of mutual consent but the punks are taking it as an excuse to trick the young non Muslim girls.

The situation need a deep pondering and state must act to stop this new era jihad. Policy makers must act now or the situation will be out of reach.
Posted by Unknown at 5:51 AM 2 comments:

Again he is in the news for yet another bad incident, Shah 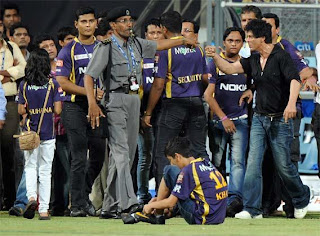 rukh khan is having the most terrible days of his stardom. One after another story breaks and he is in the news for all the wrong reasons, getting the tag, what he never wanted, of a new face of arrogance and hate. Shahrukh never ever wanted this brawl to take much glare of media, which took place in wankhede stadium Wednesday night, shahrukh was not even prepared for the fiasco, as he was drunk and bombarding all the shit he could, he forgot that media was there to capture his mostly hidden personality. The real sharukh was in open, slamming security guards and stadium officials as if they were some kind of bad guys from one of his fancy movie. But sorry shahrukh in reality the constitution of India gives equal rights as you possessed from the law. Whatever shahrukh demonstrated out there in wankhede was typically middle class, as a middle class man would get drunk and will carry his kids to the party and then will for sure get into a brawl and will abuse others with so pure accent, that een in the presence of his own kids. Anyway it would have been nice if SRK would have abide by the stadium rules and regulations, this would have given his kid something for their future, a father’s tip for being good citizen’s. Instead khan’s kids learned, never to mention, the baddest and ugliest lessons of their life. Now a case has been registered against SRK after the MCA authorities formally lodged a complaint against him. Mumbai police will now question SRK, although shahrukh spoke out earlier on the day and cleared the air by saying it was the stadium staff which misbehaved with his kids, first and he retaliated only in defense of his kids. But he never regretted for his acts. Simply saying, shahrukh’s outbreak was just a glimpse of the rich and elite class’s attitude toward day to day rules and regulations which ever citizen have to follow, in india money can change various things and situations, we see every day how a wealthy man gets acquitted by the courts, even if he is charged in the gravest of the cases but the common man gets punished by the same courts for his least of faults. perhaps SRK was in same impression, but he didn’t realize that whatever he did was actually caught by the flashy cameras. SRK would be depressed and may be feeling low, not because he did shameful act in front of his kids, but was caught on camera perhaps.
Posted by Unknown at 8:49 AM No comments: