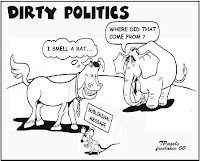 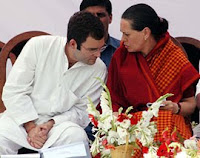 The congress party is relying on its austerity drive to get the best result out of assembly election in Haryana, Maharashtra and arunachal Pradesh. The heir to the congress’s throne, rahul Gandhi is visiting dalits and having delicacies in menus. Poor villagers in uttar Pradesh are on move to arrange for the dinner parties of young king, whether they have to borrow or sell, they are keeping up things for there beloved yuvraj. After all they are fortunate to have there future king at there door. Any how, what intention rahul and his party have, we’ll not discuss it here. But what they are doing is out of the comprehensions of the people of India.

In the time of economic slowdown and heavy inflation, party and its ministers are asking people of India to adopt austerity, asking starving nation to starve more. How ridiculous, instead of giving relief to the people they are making to suffer more. This is the complete failure of the government and its ministers. I will not hold prime minister of any account, as he doesn’t posses the real power. But certainly the family should be answerable. They are the one who are actually making policies and directing there coterie for implementation. It is evident that without the consent of Gandhis nothing gets implemented nor gets stopped. So in that way all the achievements and all the failures of governments should be for the real rulers, not for the facades.

We all know how and why crown prince is pushing dalit card in up. It’s totally a political gimmick, we all know his real intention, he is doing exactly the same what his father and grandma did, walking between poor and waving hands as if they are some kind of divine avatar. They just want the vote of poor and dalits, there real motive is to ride on the backs of poor and dalits. They just want to continue there reign, that’s it.

But do they know that country has changed, people are more aware and they ask questions now. People are asking what congress and its feudals did for the country. What is there actual achievement? Has they changed the life of real India. The poor, the dalits. Has they made country corruption free? What they did to strengthen Indian armed forces?
Poor are still poor and dalits are still considered dalits in urban India too, forget rural areas. And as far as corruption is concerned, congress party’s cabinet ministers are time to time caught in this regard. Last time Volker’s report drowned natwar Singh and kamalnath was saved by madam at right time. This time there foreign minister and his deputy were caught by there own finance minister abusing public money. This government is insensitive not only towards people of India but towards armed forces also. Army men who make it sure that rest of India sleep well while they patrol over borders are continuously facing discrimination over pay scale. This government is busy filling belly’s of there sycophant diplomats and babus, in order to keep there mouth shut over there misdeeds and making the system more compatible.

Now the time has come when India should release itself from the greedy clutches of these family walas. India has silently decided to give them a break. This election in Haryana and Maharashtra, people will uproot these selfish self centered tyrants. Definitely silent factor will decide the fate of these states.
Posted by Unknown at 10:03 AM 1 comment: